As well as the upcoming Titans of Cult steelbook release, you’ll also have the option of picking up this WB Shop exclusive Collectors Edition of V for Vendetta, based on Alan Moore’s classic graphic novel.

As well as the movie on 4K and Blu-ray disc, you’ll letter from director James McTeigue, a 32 page book featuring artwork, stills, and information on the making of the film, all presented in a very nice looking box.

Who is the man who hides his scarred face behind a mask? Hero or madman? Liberator or oppressor? Who is V – and who will join him in his daring plot to destroy the totalitarian regime that dominates his nation? From the creators of The Matrix trilogy comes V for Vendetta, an arresting and uncompromising vision of the future based on the powerfully subversive graphic novel. 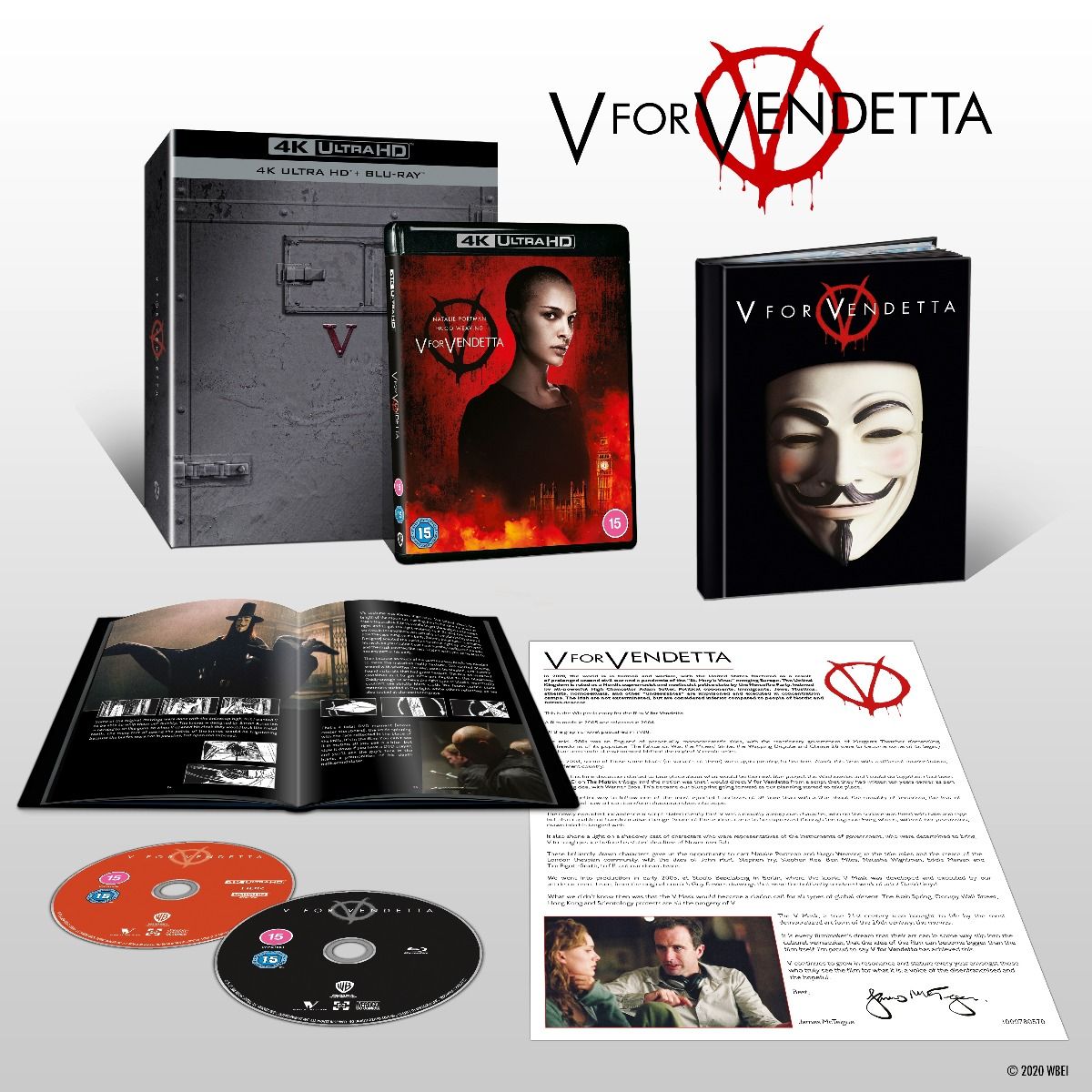